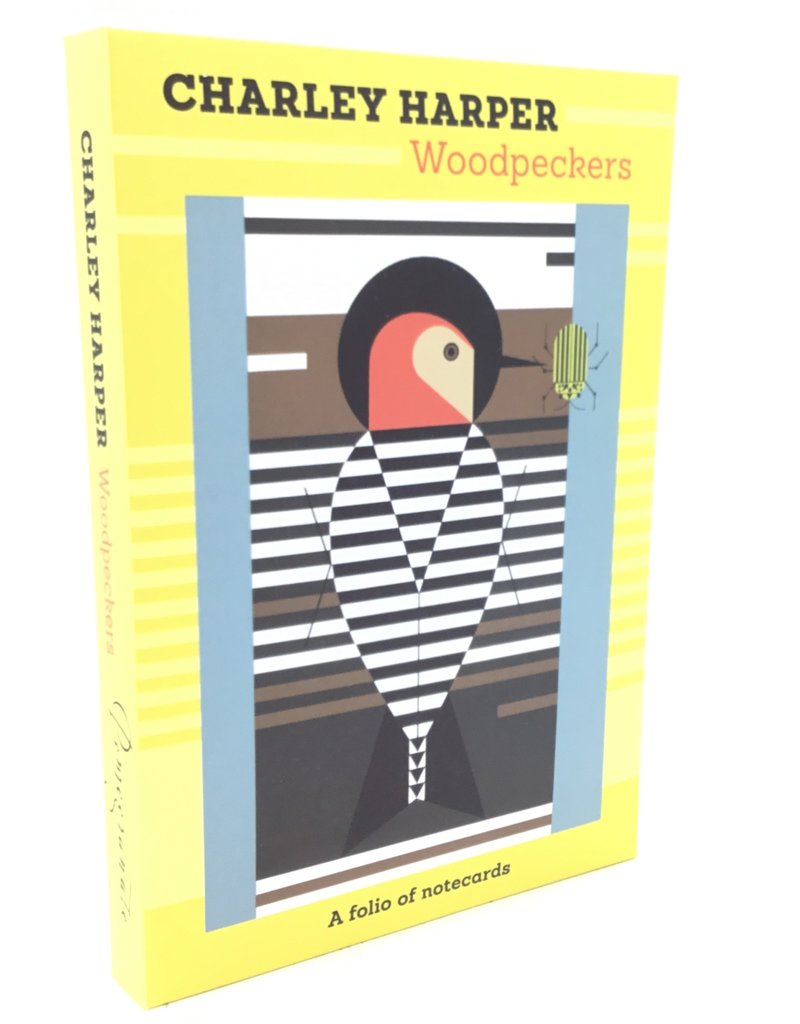 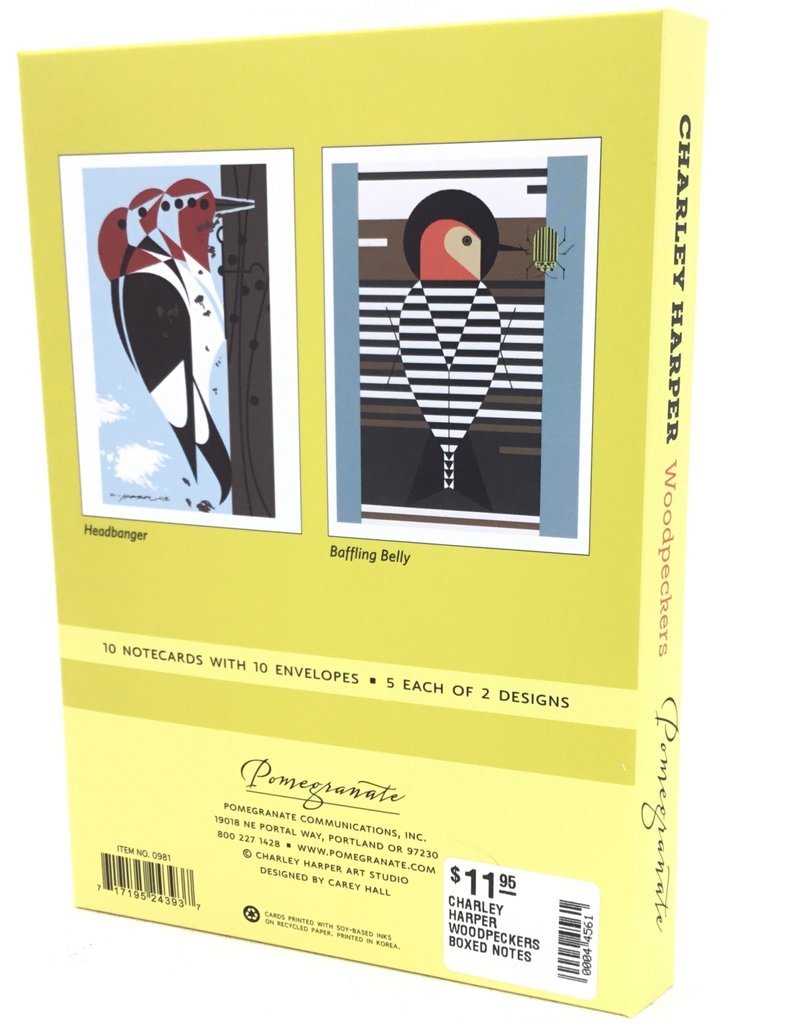 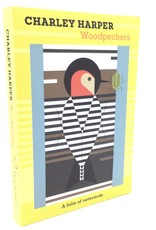 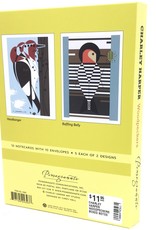 Before Charley Harper had painted animals of all kinds, from all continents, he was exploring the foothills near his family’s farm in rural West Virginia. A lifelong conservationist, Harper (1922–2007) ultimately found his passion in creating fresh and witty paintings of wildlife in his own “minimal realist” style. He went on to delight legions of art and animal lovers the world over with his posters for the National Park Service, the National Audubon Society, the Cornell Lab of Ornithology, Costa Rica’s Monteverde Cloud Forest Reserve, and other conservation organizations. In simple shapes and patterns and vivid colors, Harper captured the essence of each animal he depicted.

Perched on a birch, the zebra-striped red-bellied woodpecker in Baffling Belly features that confounding coloration that boggles many new birders. Meanwhile, the red-headed woodpecker in Headbanger highlights the raucous rat-tat-tat rhythm of this bird getting its grubs.

Contains five each of the following notecards:
Headbanger
Baffling Belly