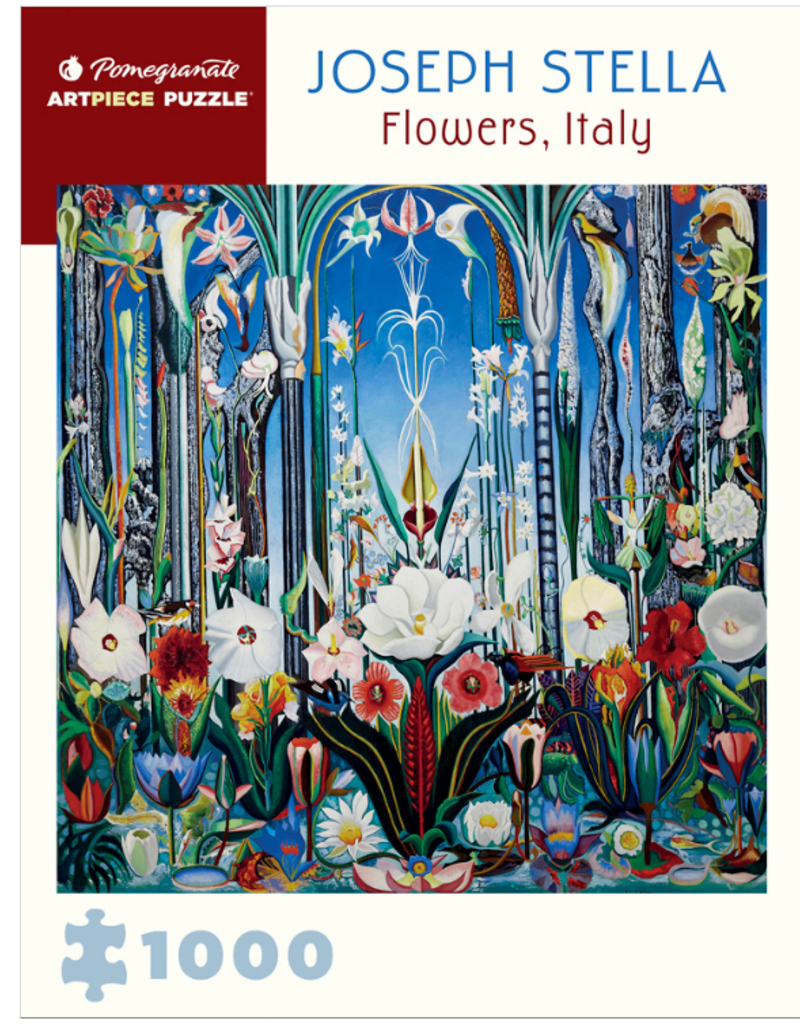 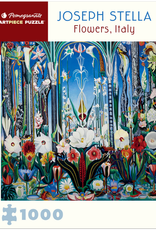 Joseph Stella emigrated from Italy to the United States in 1896 and established himself as one of the country’s earliest abstract artists. A leader in the American futurist movement, Stella exhibited cubist-inspired work in the famous Armory Show of 1913, which introduced Americans to European modernism. He became known for his imposing images of urban New York City that expressed both excitement and imprisonment, but on his frequent travels—to Italy, France, the Caribbean, and elsewhere—he fully explored his love of nature. The large, impressiveFlowers, Italy expresses that love in quasi-religious terms. Recalling the brilliant colors of stained-glass windows, the flowers and stems create a virtual cathedral of flora.